“Whatever the gods do, they do by song….All things are summoned by this praise song and encouraged to come joyfully into being.”

I was awakened a couple of hours before dawn by subtle music playing. I thought it highly unusual at that early hour and looked everywhere to find the source. Finally, I looked up at the eastern sky and was treated to a beautiful crescent Moon joined by Venus. I attempted to translate the music I was hearing to the harp, but it was difficult to replicate the refined harmonics. 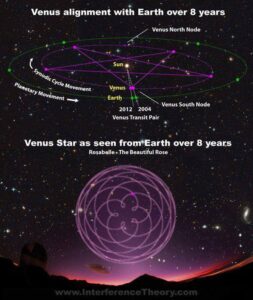 The planet Venus has long been associated with beauty, love, and harmonic perfection. Venus is the only planet in our solar system that creates a magnificent, perfect geometric shape. As viewed from the Earth, Venus in its orbit creates a five-pointed star, a pentagram every eight years. Interestingly, the numbers five and eight are part of the Fibonacci ratios, 1-2-3-5-8-13-21, etc. including 144, and beyond, ad infinitum. These ratios relate to musical harmonics, which can also be found in the human energy field and can be measured in the heart rate during feelings of love and appreciation.

“Music is the harmony of Sky and Earth … it is the favorable occupation of the Holy and has the power to perfect the heart.”

This experience of hearing the subtle harmonies of Venus would be the first of many similar occurrences, in which various tones sounded during a dream or in the atmosphere, causing me to awaken. Each time after not being able to identify the source of the sound or music, I would look to see what stars were prominent in the night sky. On one occasion I was on a research trip and staying at the base of Mount Canigou in the eastern French Pyrenees. Canigou is considered a holy mountain to the Catalan people living in the region, including local Kabbalists and mystics, who were said to have practiced secret grail rituals and chants at Canigou.

During that particular early morning under the towering Pyrenees and Canigou, I was dreaming about ancient 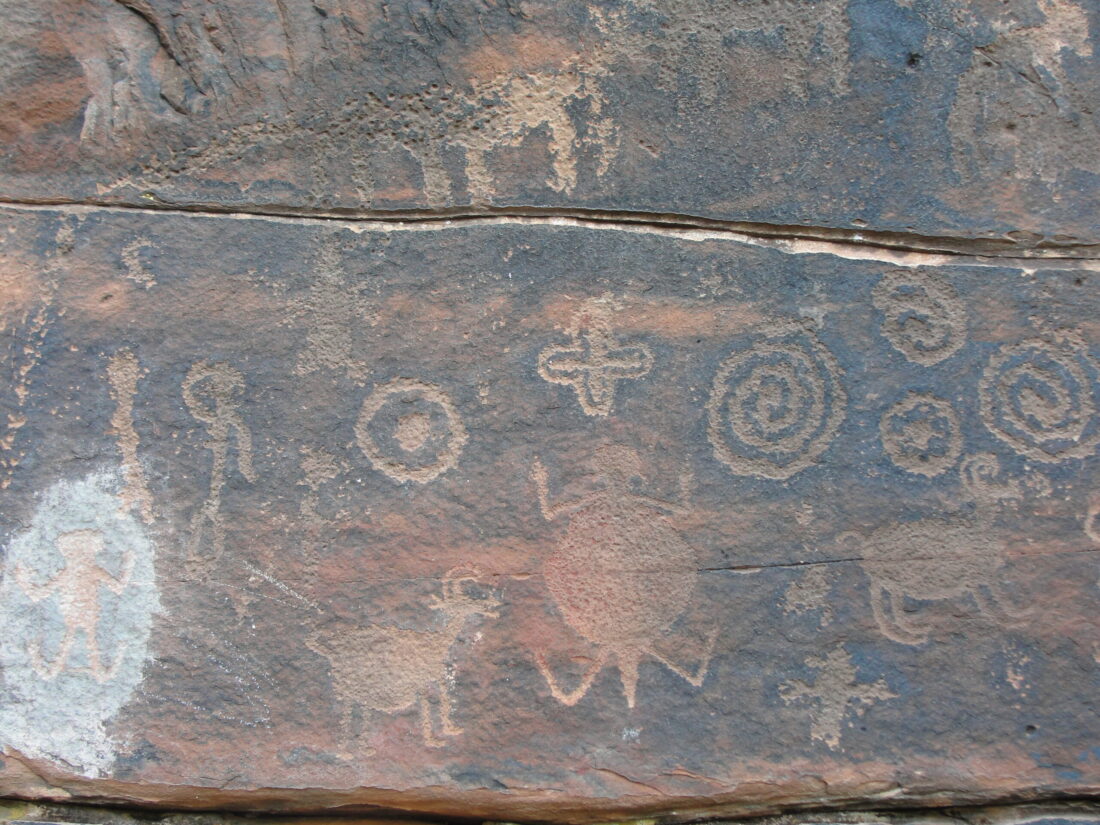 symbols, petroglyphs carved on red rock walls. The concentric circles of the common symbol pictured are most often related to solar cycles and mark solstices and equinox points in the yearly calendars of ancient people. In this case, they were used by Sinagua and Pueblo tribes of Northern Arizona.

In the dream, a voice said that the petroglyph rings also related to musical resonance or harmonics, perhaps similar to standing waves that are created by sound. I was suddenly awakened from the dream, by a distinct ringing sounding like three bells being struck nearby. I opened the window to check if the sound was coming from the village, but could not see any possible source. I glanced up and just above the mountain was Antares, the star in the heart of the constellation Scorpio, just before it set over the Pyrenees.

Interestingly, just three days previous, Antares was conjunct the Full Moon during a powerful Lunar eclipse. During the eclipse, I had done prayers and mantras while connecting with the alignment of Sun, Earth, Moon, Aldebaran and Antares at the eclipse moment. Apparently, a gate of communication had opened to the red giant star in the heart of Scorpio in the form of subtle resonance! Antares made contact and I could hear the giant red star singing. In the frequencies of stars there is information, knowledge encoded in the resonance and light. This principle is being used by astrophysicists to study the composition and activity of stars including the global project called GONG, Global Oscillations Network Group. By monitoring the “song of the sun” scientists are able to study the elements through their frequencies. 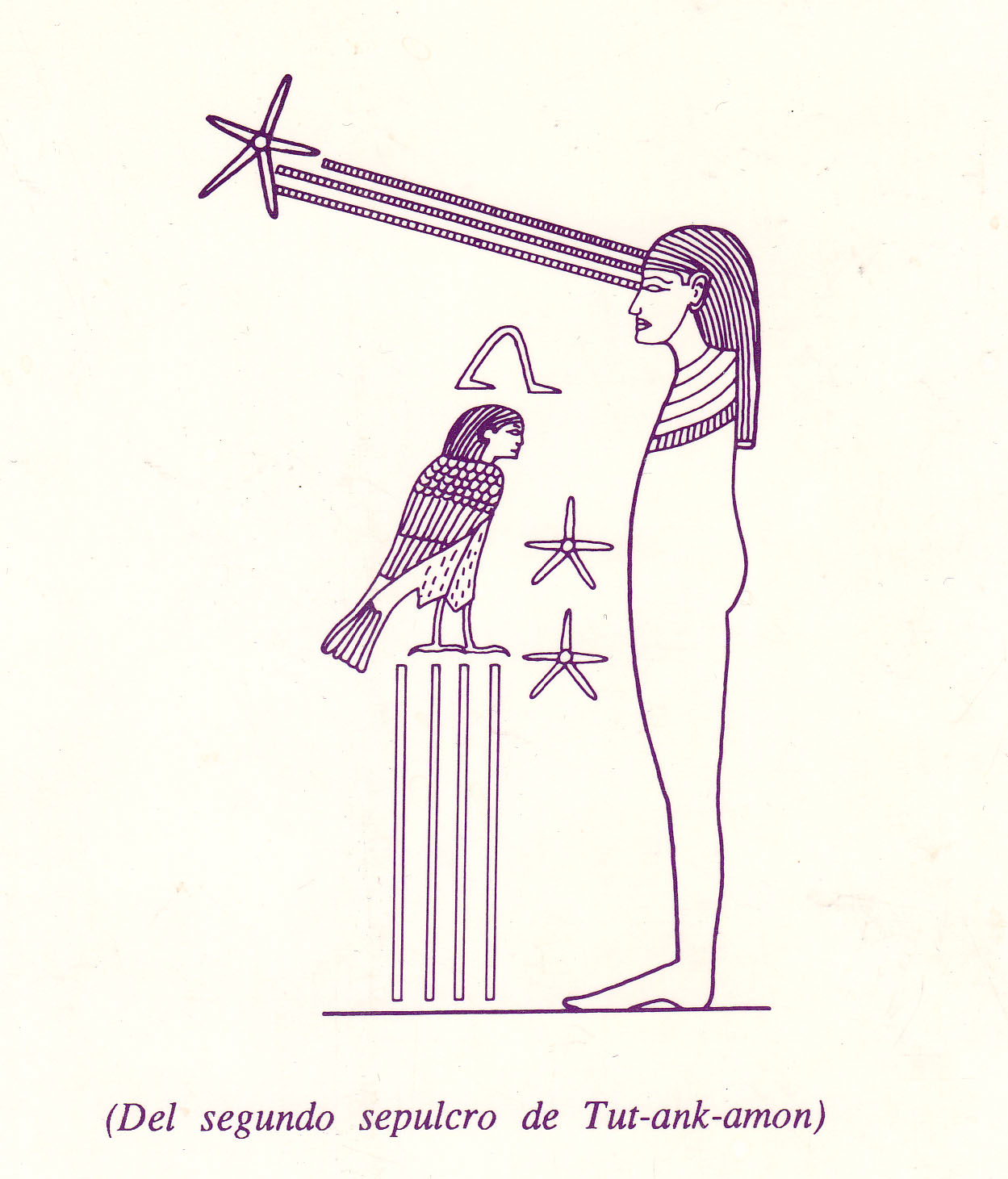 Over the years, there have been similar occurrences with the stars Sirius and Aldebaran and subsequent transmissions of information and resonance.

Interesting new information from physicist Terry Rudolph at Imperial College in London says that the light coming from stars may be communicating with earthlings. He explains it as entangled photons, or light particles, transmitting messages…or in this case, messages embedded in musical tones. According to Rudolph:

“….technologically advanced extraterrestrials might manipulate the light from stars to send messages over great distances — almost like a series of interstellar smoke signals…”     https://mindmatters.ai/2021/08/quantum-physicist-aliens-may-communicate-by-starlight/

The 19th century German philosopher and luminary Arthur Schopenhauer said that when one puts an ear to the very heart of nature, the will of nature is heard, and can be reproduced in a series of tones, and that music reveals the very essence of the cosmos:

“…the effect of music is so very much more powerful and penetrating than is that of the other arts, for these others speak only of the shadow, but music of the essence….The inexpressible depth of all music, by virtue of which it floats past us as a paradise quite familiar and yet eternally remote…Music expresses in an exceedingly universal language… with the greatest distinctness and truth, the inner being…of the world…”

Archeoastronomy and Archeoacoustics at Newgrange, Ireland

From the Hypogeum of Malta, Stonehenge in Britain and the temples of Egypt, research has shown that the stones and certain chambers have specific dominant acoustics. This branch of archaeology is extremely ancient and is one way that modern science can begin to understand the depth of knowledge of the early sky-watchers and temple builders. Those master-builders designed temples and megalithic stones to mirror the heavens and amplify the resonance. The stones act as tuning forks between earth and sky and also produce acoustics that can create altered brain states and heightened states of consciousness. When specific tones were chanted or played on ancient instruments, the temple would resonate and be actived, to ‘come online’ to use the modern term.

Newgrange, Ireland was built in about 3500 BC, and is a highly sophisticated astronomical observatory. Newgrange receives the first rays of the Sun as it rises on Winter Solstice through a long, narrow passageway, illuminating the innermost chamber. Interestingly, the Newgrange inner chamber image below right, looks similar to the human spinal column. (Image from Dr. Robert Jahn) The ancient people viewed their temples as extensions of the earth spirit, and of themselves. The temples were communication stations for the stars and marked the cycles of time. These structures in stone resonate with telluric and celestial currents and knowing the alignment of each temple provided the key to understanding how to work with it consciously.

Newgrange is well-known for its Winter Solstice Sun alignment, but few may be aware that Newgrange is also has a Venus alignment. Every eight years, the light of Venus illuminates the passage and inner chamber of Newgrange just before sunrise. The lintel over the entry is also carved with eight X’s, indicating this eight-year cycle. (See ‘Uriel’s Machine’ by Christopher Knight and Robert Lomas). The Newgrange chamber acts as an earthly womb, receiving the light of the Sun and Venus to illuminate and nourish the Earth.

During a field study in 1995 conducted at Newgrange by Dr. Robert G. Jahn, Princeton School of Engineering and Science, and Paul Devereux, British author and researcher, they found the dominant frequency inside the inner chamber of Newgrange resonated at 110 Hertz (cycles per second). This is an ‘A’ tone, within the speaking or chanting range of a male voice. After comparing the patterns of the sound waves from their tests in the chamber, Robert Jahn noticed that the spiral shapes carved in the stones looked strangely similar to the sound waves produced in the acoustical readings! (‘Acoustical resonances of assorted ancient structures’ a paper by Robert Jahn, Paul Devereaux and Michael Ibison).

Similar studies were conducted at Malta’s Hypogeum and in Egyptian temple chambers and research found that the 110–111 Hz was a common resonance in these chambers.  According to the Swiss acoustical researcher Hans Cousteau (‘The Cosmic Octave’), the frequency of the sidereal period of Venus resonates at an ‘A’ tone, and as mentioned, 110-111 Hz is the tone ‘A’. If the people gathered in the ancient chambers and chanted in the dominant tones of the temple, the site and the stones would resonate more strongly become activated. Those present could enter an altered brain state, which precipitates expanded consciousness and a dimensional bridge would then open between earth and the heavens. 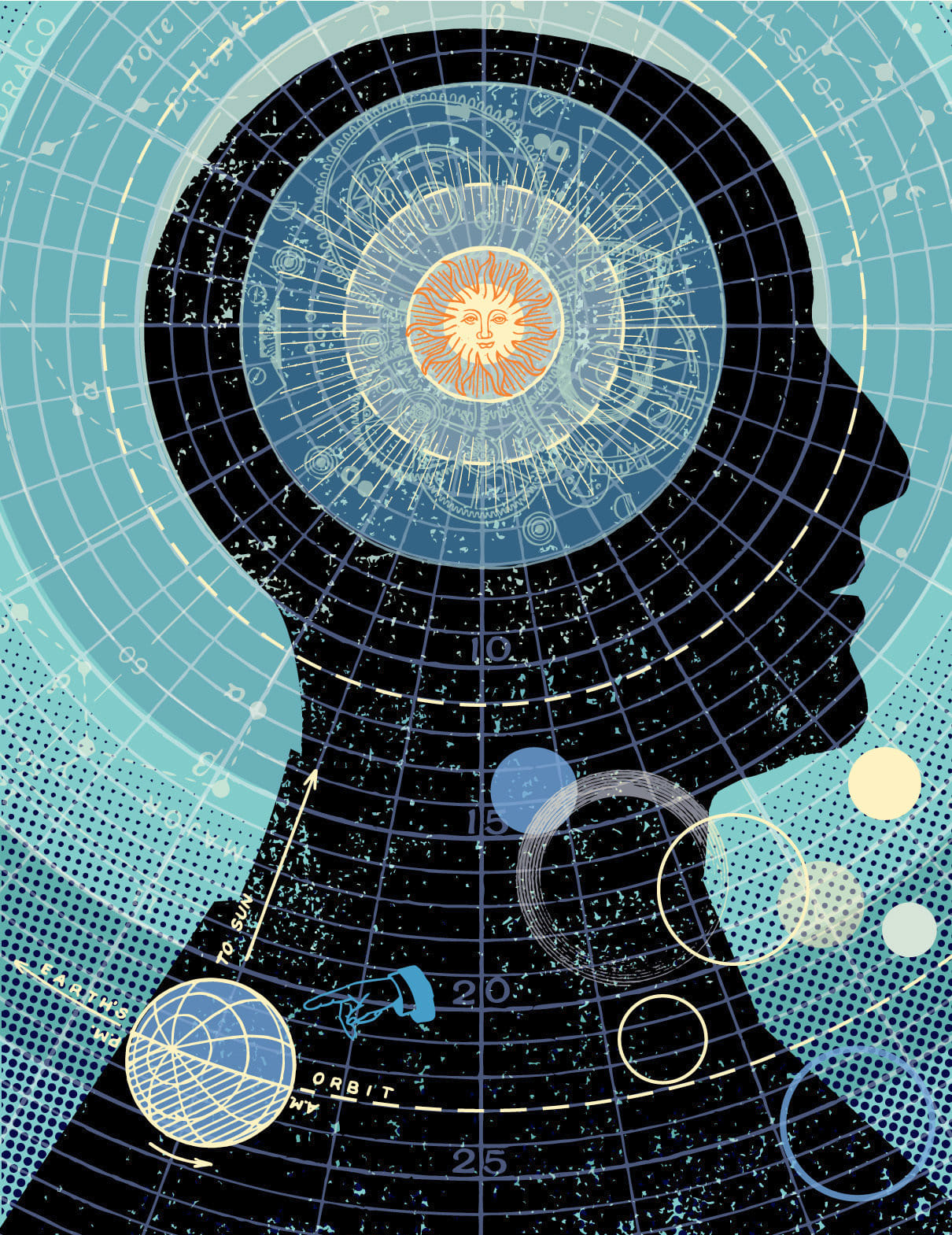 Unfortunately, the senses of modern humans have become numb from over-stimulation of mechanical, digital sounds and a lack of natural healing harmonics. The ancient people were much more sensitive and could most likely sense or hear the tones emanating from the planets and stars. They could sense the movement of terrestrial currents and the presence of certain elements, such as iron, gold, silver, and copper. Each element has a frequency, just as each planet and star has a song. (One can hear these celestial symphonies in recordings at https://youtu.be/-MmWeZHsQzs)

Each of the senses, sight, hearing, taste, smell, are controlled by the brain. If we tune our brains with harmonious music and the practice of toning or humming, we can expand our bandwidth of perception, and expand our ability to see and hear beyond the narrow frequencies currently experienced.

“The sky and its stars make music in you”