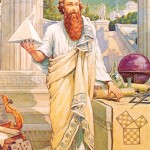 Songaia Sound Medicine was founded by Ani Williams in 1992 and is an integrative system of sound therapy based on decades of work with indigenous sound traditions and trainings with various bio-acoustic therapy teachers. Songaia (earth song) incorporates Hermetic sound science, Voice Spectrum Analysis, Medical Astrology and the Songaia Sound CDs. 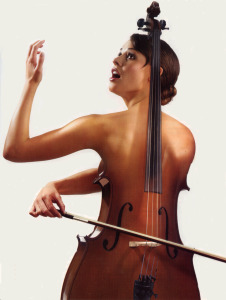 Every individual has a unique voiceprint which can be charted with Voice Analysis to reveal patterns of sound. This voiceprint is a barometer of our state of being and missing voice tones are related to physical, emotional and mental patterns. The missing voice tones are then listened to and vocalized to support health and wholeness. In 1994, Williams developed Songaia Sound CDs, a series of recordings based on the 12-tone musical scale. Since many of the current sound therapy applications are utilizing digitally created sound, she wanted to create a harmonically natural alternative. These 12 tone recordings combine the healing sounds of harp, Australian didjeridu, overtone chanting, and Tibetan singing bowls, all instruments used therapeutically by ancient cultures for thousands of years. Each of the12 tones correlate with specific physical conditions, organs of the body and emotional patterns.

“Voice is the key to find locked emotion in the body; to release, we must use the same note that locked it, the point of emotional trauma.” Fabion Maman

“The sky and its stars make music in you.” Denderah Egypt temple inscription

The ancient Egyptians and the Greek visionaries Plato and Pythagoras knew the science of the stars and attributed specific tones of music to the movements of the heavens. In the Hermetic traditions handed down to us through the Kabbalah, the 15th c neo-Platonic Academies of Marcilio Ficino and 16th c Johannes Kepler, we find the teachings of As Above, So Below in the mirroring of planetary sounds in humans.

“By their harmonious rays and motions penetrating everything, planets daily influence our spirit secretly, just as music does openly.” Marsilio Ficino ‘Three Books on Life’

Musica Speculativa–Music as a mirror of the cosmos 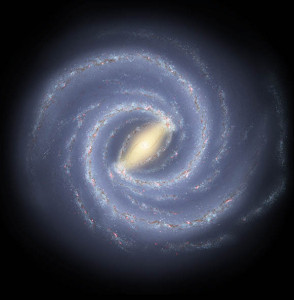 One of the most exciting aspects of our work at Songaia Sound is in observing thousands of clients demonstrating the truth stated on the Egyptian temple wall at Denderah: “The sky and its stars make music in you.” The planetary sound pattern at the moment of birth is mirrored in the human energy system. Our voice is encoded with the song of the stars! These tones can be measured in the voice print. With the Songaia system we identify the sound keys to unlock our greatest potential and open gateways for healing.

END_OF_DOCUMENT_TOKEN_TO_BE_REPLACED

Video-imaging footage taken after toning for one minute increased light in and around the body and the red and dark areas became 60% brighter. The same result occurred while holding feelings of bliss and gratitude.

By sounding the strings of his lyre, Orpheus orders all things, restoring harmony to the soul.

Music is knowing the harmonious order of all things.

The body is held together by sound. The presence of stress and disease indicates that some sounds have gone out of tune.

The key to healing is to restore the missing tones, integrating all frequencies to bring wholeness and healing.

Everything in creation is singing, and all of Earth’s life forms can be identified by their frequencies.

In 6th c BC Greece, Pythagoras composed PHI musical prescriptions with the lyre and voice, an early example of Songaia Sound Medicine.

We combine medicine and Orpheus’ lyre. To the Egyptian priests medicine, music and the mysteries were one and the same…

We play the lyre precisely to avoid becoming unstrung…

Playing the full spectrum our living symphony, and especially audibly sounding these tones (called toning), has been found to have the following effects:

In the ideal whole and healthy state, our bodies and minds are ‘singing’ with the healing harmonies of the stars and the earth — humming with the natural harmonics of the uni-verse.

“We are the stars which sing—we sing with your light.” — Algonquian song 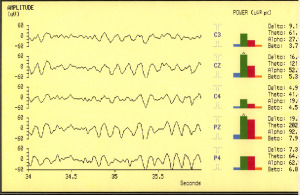 Brain wave research conducted with Juan Acosta, PhD. at the University of Washington during a six month period in 1997 demonstrated that listening to Songaia Sound CDs immediately altered brain states. Within three minutes of listening to the Songaia music, the brain exhibited strong Alpha and Theta brain state coherence, which is known to enhance the immune function of the body, reduce stress and pain.

Here is an article from Wall Street Journal, “What Your Voice Reveals About You” describing voice diagnostic applications in medicine and identifying who and how you are:  Voice Analysis Science

We use cookies on our website to give you the most relevant experience by remembering your preferences and repeat visits. By clicking “Accept All”, you consent to the use of ALL the cookies. However, you may visit "Cookie Settings" to provide a controlled consent.
Cookie SettingsAccept All
Manage consent

This website uses cookies to improve your experience while you navigate through the website. Out of these, the cookies that are categorized as necessary are stored on your browser as they are essential for the working of basic functionalities of the website. We also use third-party cookies that help us analyze and understand how you use this website. These cookies will be stored in your browser only with your consent. You also have the option to opt-out of these cookies. But opting out of some of these cookies may affect your browsing experience.
Necessary Always Enabled
Necessary cookies are absolutely essential for the website to function properly. This category only includes cookies that ensures basic functionalities and security features of the website. These cookies do not store any personal information.
Non-necessary
Any cookies that may not be particularly necessary for the website to function and is used specifically to collect user personal data via analytics, ads, other embedded contents are termed as non-necessary cookies. It is mandatory to procure user consent prior to running these cookies on your website.
SAVE & ACCEPT